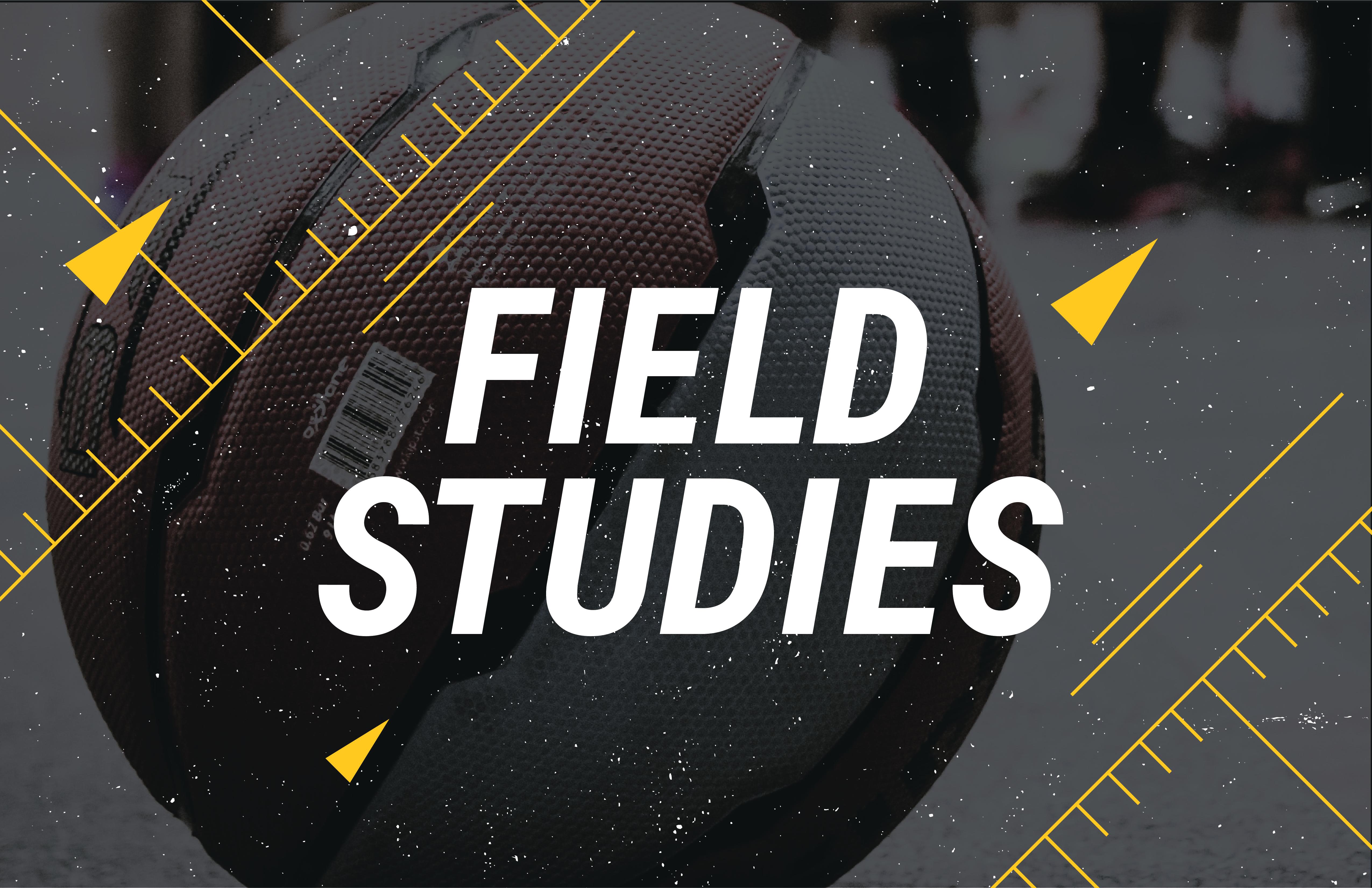 The landscape of women’s basketball has changed more than any other women’s college sport since Title IX (1972). Title IX was passed in 1972 but there was a significant lag in the statute's incorporation and full acceptance by universities. The first NCAA women’s basketball tournament was held in the 1981-1982 season. We began our data set in 1984 when Title IX was fully in effect and subsequently led to the current growth in women’s programs. We then explored hiring trends over a thirty-six-year window between 1984 and 2020.

The purpose of this field study was to examine hiring patterns for women’s basketball in Division I HBCUs and Power Five schools since the enactment of Title IX. Data were analyzed to compare total numbers and percentages of head coaches hired across race/ethnicity and gender. Within these figures were the factors often cited when considering head coach qualifications, such past collegiate playing experience, past collegiate coaching experience, and degree level earned. Other factors we highlighted include the positions that head coaches held immediately before and after obtaining their current head coach role, second-chance hirings, and the role that HBCUs played in hiring trends. Our data pointed to patterns in hiring that reinforced gender and racial inequities. To be expected, women were hired more often than men, but there was an intersection with race/ethnicity.

First, all but one hire (Latina) during our time frame was either Black or White. Second, White women were hired more than White men and Black women were hired more than Black men. Overall, however, White women had declining rates of being hired while White men had increasing rates. This was not a surprise because, although 90% of women’s sports programs were led by women before Title IX, we knew that White men began coaching women’s collegiate sports programs and now comprise a significant percentage. Other discoveries in terms of playing background, education, and the number of coaches of Color at Power Five universities may be surprising. As we stressed in earlier field studies, more research is needed to understand the experiences of Black women, as well as Asian Americans, Latinos, and Native and Indigenous men and women, who are nearly or wholly absent.

Title IX forced universities and athletic departments to distribute financial aid fairly, expand sport participation opportunities to accommodate all students, and give all student athletes equitable treatment and benefits (Wilson, 2017). The landscape of women’s basketball has changed more than any other women’s college sport since Title IX (1972).

In general, women’s college basketball head coaches have the potential to earn more than any other head coaches in women’s sports. There are more than 10 women’s college basketball head coaches making $1 million a year or more. Coaches Dawn Staley and Geno Auriemma are the highest paid in women’s basketball. In October 2021, Staley, who coaches at University of South Carolina, signed a contract extension that is reported to pay her around $3 million per year. Coach Auriemma, who has long led the University of Connecticut program, inked a similar extension in March 2021 for five-years, $15 million. Both have at minimum won a national championship, conference championships, and coached Team USA to an Olympic gold medal. Their tenures differ and so do their number of accomplishments. Coach Staley has led two Division I programs; Temple (eight seasons) and South Carolina (13 seasons).

Coach Auriemma has coached for over 30 seasons. He has led two Team USA Olympic teams to gold medals and the University of Connecticut program to a record-setting 11 championships, including multiple undefeated seasons. Coach Auriemma is one of the longest-standing college coaches, regardless of gender or sport and the second-winningest in women’s basketball history. Coach Auriemma was not a college student athlete and his career began early after he served as an assistant.

Coach Staley is one of the greatest college basketball players of all-time; she is a Hall of Famer, a three-time Olympic gold medalist (1996, 2000, 2004), and won two Naismith Trophies (1991 and 1992) while playing at the University of Virginia. The Naismith Award is given to one woman and one man collegiate basketball player each year. Coach Staley is in her own league, as only 10 people have earned this high distinction multiple times. Coach Staley is also the only person to have won the Naismith Award both as a player and a coach.

In short, Coach Staley epitomizes the profile of African American women head coaches and Coach Auriemma fits a common profile of White men head coaches. Coach Staley has experiences as a star athlete and coach, while Coach Auriemma entered coaching with no college playing experience. Coach Auriemma is probably nearing the end of his career, while Coach Staley is a veteran but seemingly just hitting her stride, having won her first national championship as a coach in 2017 and a recent gold medal in the 2020 Tokyo Olympics as a coach. Coach Auriemma passed the Team USA coaching mantle to Coach Staley. Their coaching careers began at two very different times. Coach Auriemma began coaching in the 1980s when there was no mainstream attention to given to women’s college athletics, while Coach Staley began in 2000. This is not simply because of their age difference. Rather, it speaks to how differently coaches enter coaching, are promoted, and get Division I Power Five head coaching jobs. Coach Staley played professionally overseas (before there was the WNBA) and then joined the WNBA. Coach Staley rejected early offers to coach college programs before accepting the head coach position at Temple University in her hometown of Philadelphia while winding down her professional career.

Coach Auriemma began as a non-paid assistant before working as a high school girls’ coach, a paid assistant coach at the University of Virginia, and then head coach at the University of Connecticut. Coach Auriemma worked his way up to head coach and built a championship program over time. Coach Staley was able to immediately step into a head coach position with no formal coaching experience, and proved herself at a mid-major Division I program before landing a Power Five head coaching opportunity. We reference Coach Staley and Coach Auriemma to illustrate very different racialized and gendered stories of incoming and outgoing head coaches at Power Five universities and HBCUs.

Our data points to patterns in hiring that reinforce gender and racial inequities. Power Five universities do not hire as many African American head coaches as they do White coaches. They seem to prefer promoting African Americans from assistant and associate coaching roles. White coaches (men and women combined) have the longest tenures in their positions and are given more additional chances to return to coaching at the same level. White coaches also have a wider range of background experiences prior to being hired into a head coaching role. Women are more qualified than men head coaches, in terms of playing experience and education; more of them played collegiately and professionally and more of them earned master’s degrees as their highest level of education. It is also important to note how Coach Staley’s career trajectory varies from the majority of African American head coaches since she immediately began her coaching career as a head coach.

The purpose of this field study was to examine hiring patterns for women’s Division I Power Five and HBCU basketball since the enactment of Title IX. Title IX was passed in 1972 but there was a lag time in the statute's incorporation and full acceptance by universities. The first NCAA women’s basketball tournament was held in the 1981-1982 season. We begin our study in 1984, when Title IX was in full effect, leading to the current growth in women’s programs, and explore hiring trends over a thirty-six-year window between 1984 and 2020. The year 1984 was also a coming out of sorts for women’s basketball, with a star-studded women’s team winning the gold at the 1984 Olympics in Los Angeles.

Data were analyzed to compare total numbers and percentages of head coaches hired across race/ethnicity and gender. Within these figures were the factors often cited when considering head coach qualifications, such past collegiate playing experience, past collegiate coaching experience, and degree level earned. Other factors we highlighted included the positions that head coaches held immediately before and after obtaining their current head coach role, second-chance hirings, and the role that HBCUs played in hiring trends.