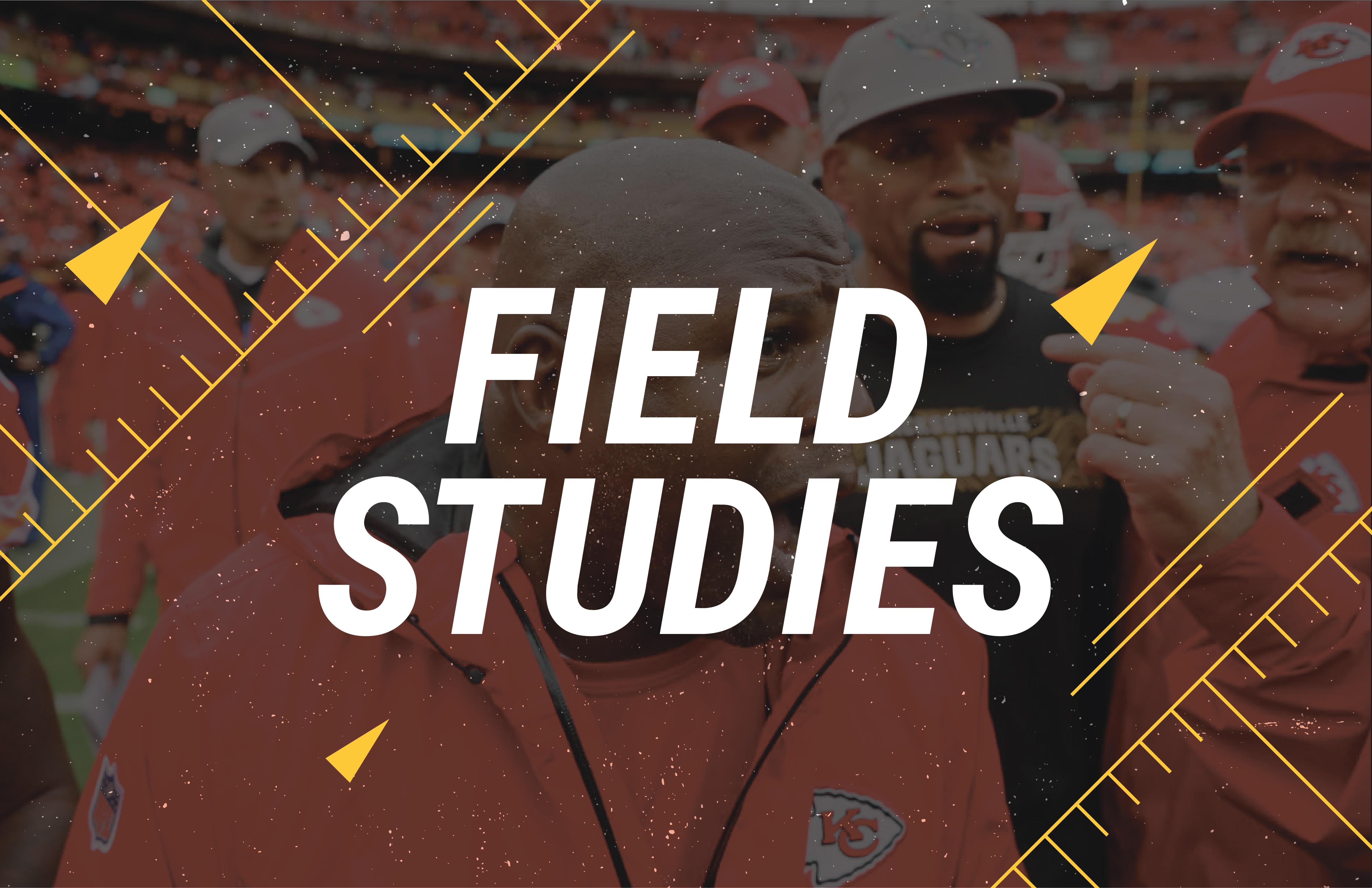 The NFL’s Rooney Rule, established in 2003, has required franchises to interview candidates of Color for senior football operations and head coaching positions. The purpose of this report is to describe coach hiring and firing patterns and pipelines leading to head coaching and to expand our original analyses to include seasons from the start of the Rooney Rule. The data in this study indicated differences in pipelines and pathways, experiences, and opportunities. The analyses provided details to the racial/ethnic composition of the 18 seasons since the Rooney Rule was implemented and answered the question, “What are the similarities and differences for coaches of Color and White coaches?” These data pointed to possible challenges, barriers, and opportunities. Although there were years with spiked increases in hiring diversity, neither bookend, nor aggregate, nor year-to-year comparisons showed a steady or consistent increase in the number of head coaches of Color, offensive coordinators of Color, or defensive coordinators of Color hired over the 18 seasons examined here. Future directions are discussed.

In 2019, the Global Sport Institute at Arizona State University, with help from the Paul Robeson Research Center for Innovative Academic & Athletic Prowess at the University of Central Florida, developed a working paper (Brooks et al., 2019) that reviewed the hiring patterns for head coaches of Color in the National Football League (NFL) across a ten-season window. The original paper cited the Rooney Rule as the impetus for examining the current state of hiring and firing and for investigating pipelines and pathways for head coaches of Color compared to White head coaches.

The NFL’s Rooney Rule, established in 2003, has required franchises to interview candidates of Color for senior football operations and head coaching positions. After Tony Dungy and Dennis Green were fired following the 2002 season, despite their relative success, civil rights lawyers Johnnie Cochran and Cyrus Mehri (2002) published a study that revealed African American head coaches were “last hired and first fired” when compared to their White counterparts, despite having higher winning percentages.

Before the Rooney Rule was established, a variety of sources identified racial inequities in sport (e.g. Bivens & Leonard, 1994; Shropshire, 1996; Wilbon, 1999). Since the onset of the Rooney Rule, researchers and media outlets have asked, “Has the Rooney Rule’s interview quota led to more head coaches of Color getting and keeping their jobs?” In an update to their 2004 and 2009 studies, Madden & Ruther (2011) focused on the diminished early finding that African American head coaches performed better than White head coaches and cited the continued absence of African American offensive coordinators being promoted to head coach between 2003-09. Another quantitative study (Braddock et al., 2012) identified the effects of race on access to coaching positions in the NFL, finding that race limits access.

The media has had mixed reviews of race in the NFL since the implementation of the Rooney Rule. In a Business Insider article written in 2017, Gaines touted the success of the Rooney Rule by examining total numbers of minority head coaches. However, he did not examine year-to-year hiring patterns. In a 2014 Washington Post article, Mark Maske offered “praise” for the NFL when two minority head coaches were hired, because none had been hired the year before. More recently, media outlets have criticized the lack of diversity in the NFL (e.g. Armour, 2019; Today Show, 2020), but they have presented only limited examples of head coach hiring related to race and ethnicity. These smaller data sets and snapshots have not captured the full picture of hiring patterns. The need for more comprehensive analyses drove the data collection in the initial study.

The Global Sport Institute published an analysis (Brooks et al., 2019) of hiring and firing trends of NFL head coaches, offensive coordinators, and defensive coordinators for the decade that spanned the 2009-10 NFL season through the 2018-19 season. In short, our report found that while most coaches from 2009-19 were former players, and most players have been men of Color, the vast majority of coaches were White. As measured by previous playing and coaching experience, coaches of Color had more robust statistics when hired than White coaches. Regardless of ethnicity, all outgoing head coaches achieved similar winning percentages. The age at the time of hire showed a wider range for White head coaches than coaches of Color, and White head coaches were also hired more frequently and for more senior positions after being fired. Lastly, offensive coordinators, the vast majority of whom are White, were much more likely than defensive coordinators to be hired as head coaches.

As we pursued a deeper understanding of the pipeline, the equity of hiring processes, the league and franchise organizational practices, and the persistence of disparate outcomes, we stepped back to analyze all head coach and coordinator hiring and firing from the year prior to the Rooney Rule going into effect in 2003 and expanded our previous analysis by six seasons. We also added the 2019-20 season.

The purpose of this report was to explore and report on coach hiring and firing patterns and pipelines leading to head coaching in seasons beginning from the start of the Rooney Rule. As in the initial working paper, we aimed to report the data, not to extrapolate how or why these patterns occurred.