In light of Global Sport Institute’s significant growth, we want to introduce you to the executing leader who has been instrumental in our foundation, our unique partnership with adidas, the diverse events and initiatives that drive our work, and development of the growing internal GSI team that makes it all happen.

Tell us a little about yourself.

I moved to Phoenix, Arizona in 1993 right after I graduated from the University of Illinois. I didn’t have a job or any family who lived out here, but knew I wanted to get away from the cold Midwestern weather. I went to grad school at Arizona State University in 1994 for a Masters in Mass Communications, and eventually found full-time work through one of my professors. I’ve been in Arizona for 26 years and I’m married with two wonderful kids and a dog. 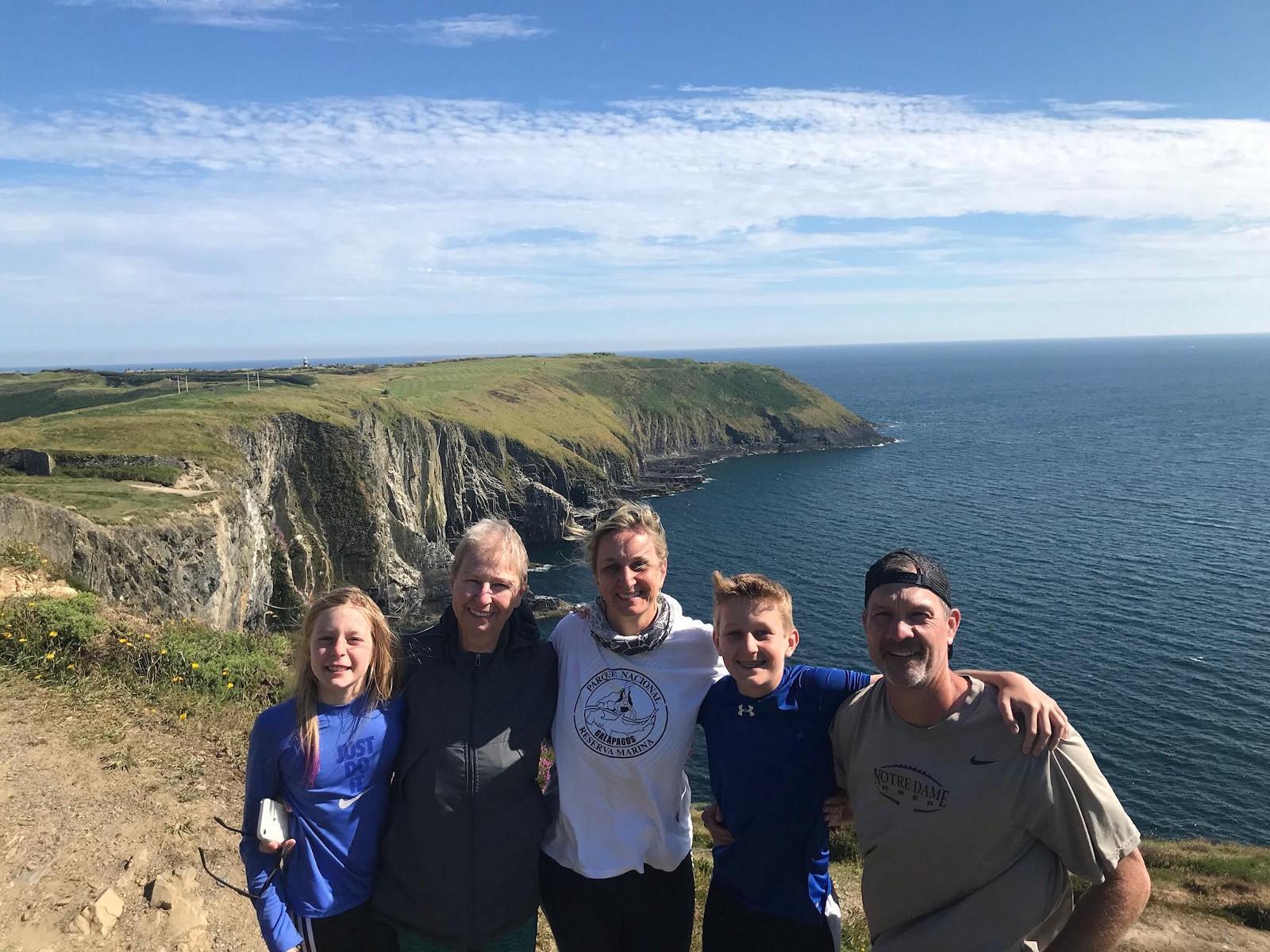 Karina photographed with her family.

What was your undergrad degree in?

My undergrad was Broadcast Journalism, which was a huge switch from my original major in Chemical Engineering.

That is a big switch! What led you to that?

I was big into chemistry and math in high school, plus my brother was an engineering major. Combine this with the fact that I didn’t know much about different career paths at the time. So I just said, “Alright, engineering it is.”

I was studying so much that I started dreaming about calculus formulas and I couldn’t take it anymore. I grabbed an undergraduate majors catalogue (when they were still only in print), opened it up, closed my eyes, stuck my finger down, and landed on Broadcast Journalism.

I dropped my entire schedule and picked up all the classes needed to become a broadcast journalism major. I got a ton of real world experience during my undergrad years as both a DJ and a sportscaster for the campus radio station, the PA announcer for the women’s basketball team, and sports reporter for the women’s volleyball and men’s baseball team.

What first brought you into the world of sports?

I have always grown up around sports. My mom was a Physical Education major in college, taught high school PE, and was a volleyball coach. My dad went to college on a track school scholarship and coached my summer league softball teams. I grew up watching baseball, playing softball, running track, and playing volleyball.

I was always around sports but growing up in a small, rural town I didn’t have much exposure to people working in sports. It never really occurred to me that I could have a job like that, or that it was something I could achieve.

Even though I eventually went to college and worked around sports it still seemed like those careers were for the "kids from Chicago" who had connections. When I came out to Arizona I got into technology marketing but eventually, one of the companies I worked for sponsored a skybox at the Phoenix Open. They also had season tickets and did advertising with the Phoenix Suns, and helped manage those partnerships.

This was my first exposure to the professional sports world and through that, I kept getting closer and closer to working in that sphere. Finally one day I found out ASU had a Sports Business MBA program and I decided to furthered by education there.

Tell us more about what led you to your time at the Diamondbacks.

While I was in school I got an internship at the Arizona Diamondbacks and during that I was offered a full-time job before I graduated.

I started off as the Manager of Fan Data and Development, then Director of Marketing, and continued taking on more responsibility in that department until I became the Vice President of Marketing.

I stayed there for 12 seasons before I moved on to my current role with the Global Sport Institute. 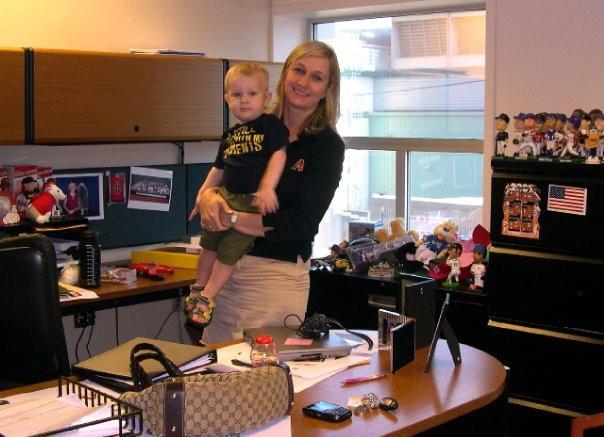 Is there a favorite project with the Diamondbacks or outside of GSI that you have worked on? Why was it your favorite?

I got to work on the 2011 All-Star game in Phoenix, which was so much fun.

Is there a favorite GSI research project you have worked on? Why was it your favorite?

In general, it was getting GSI founded. It was about taking Ken Shropshire's vision and running with ideas of what this could be. I had to figure out how to take the vision, built off of a passion to use sports to make a big impact, and put it into a tangible plan on how to achieve it.

I was taking this big idea and operationalizing it. Finding the right people, the right budget, identifying the proper roll-out, the timing, and how we create a message so other people can understand what we are doing.

There were a couple of years while we were in the process of founding the Institute where everyone who I mentioned it to was a bit mystified by it, and not quite sure what my job was. It was January 2016 when we started the process and we finally had our first event, the Global Sport Summit, in April 2018. That was one of the first times we had the opportunity to share and show the purpose of the Institute. It took some time but a lot of thoughtful work went into it, and many great collaborators from across ASU helped us along the way. 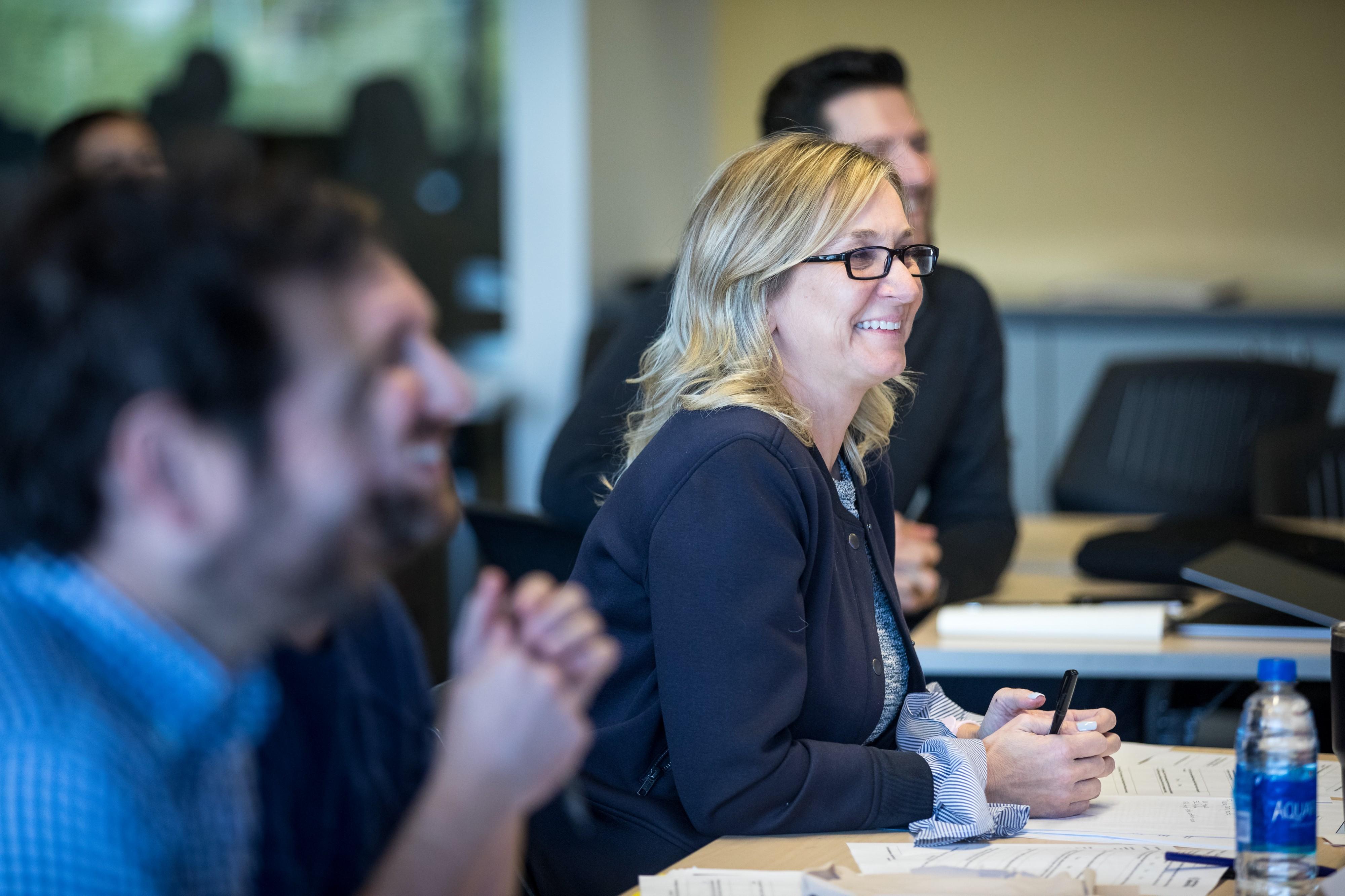 Explain a little more about your official role with GSI?

I’m the Chief Operating Officer, and the simplest way to explain it is that it’s my job to  get things done. I help set the objectives and figure out the right pieces to achieve those objectives (budgets, people, and resources). I work across the entire organization and set my team up to succeed. I also see myself as a problem solver and as the person who helps integrate the ‘how’ of how to make things happen.

Okay now a couple of questions that are more fun: favorite athlete of all-time?

I always loved Ozzie Smith because I was a short-stop and grew up watching St. Louis Cardinals baseball. 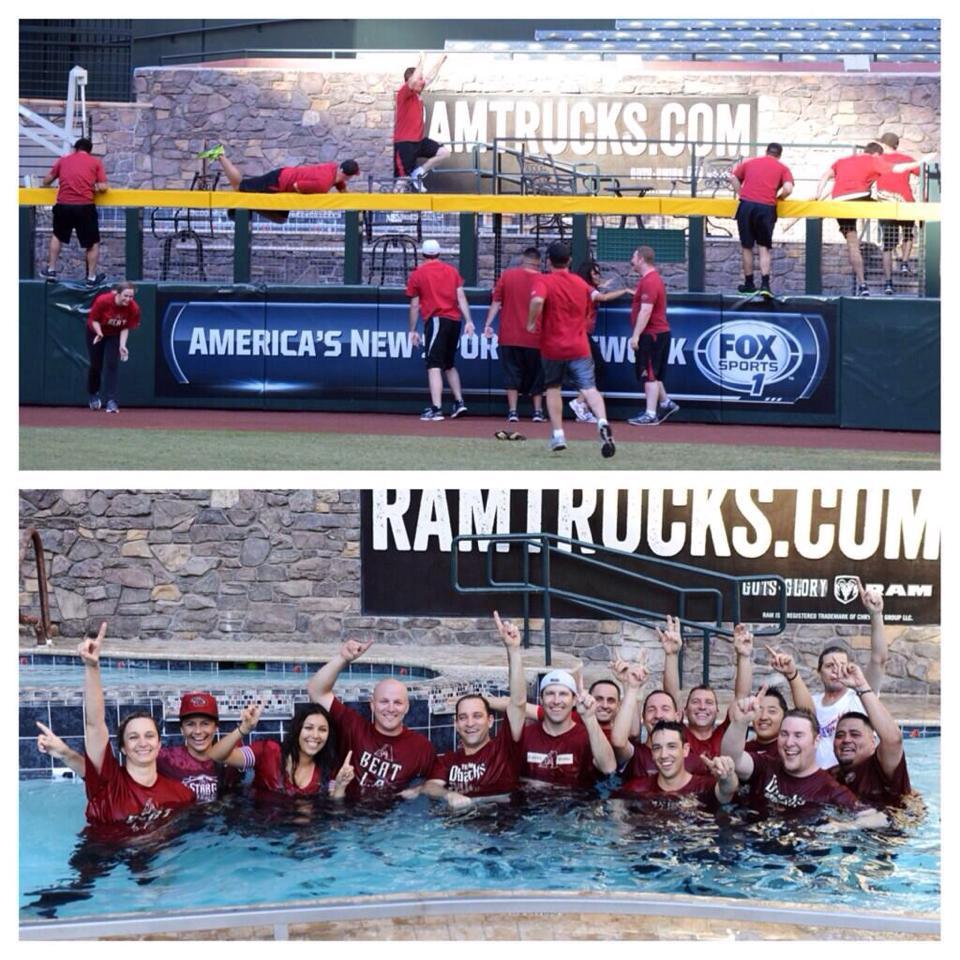 Karina along with members of the Arizona Diamondbacks team jumping into the pool located in the stadium.

Where do you picture GSI in five years?

Five years from now I really do think that we are going to be even more well-known than we are today as the leaders in this space. It has been incredible to see how quickly people have come to positively regard us, and turn to us as a source for expertise in so many different areas of sport. We’ve received positive feedback and many have reached out to us based on the quality of our work and word-of-mouth. I can only imagine how much we will grow within the next five years.

Anything else you would like people to know about yourself or the Global Sport Institute?

I want people to know that everyone in this organization is so passionate about what we are doing. We’re not just another group who is out there simply saying “Sports are great,” — this is a group of people who are truly passionate about the topics we study and events we hold. We want to actively work with the communities that we serve, we are motivated to get people thinking and talking. We welcome that engagement. We truly believe in our cause. We love what we do.

To keep up with Global Sport Institute’s happenings, please visit our website. To learn more about how you can get involved, check out our Contact Us page to connect directly.