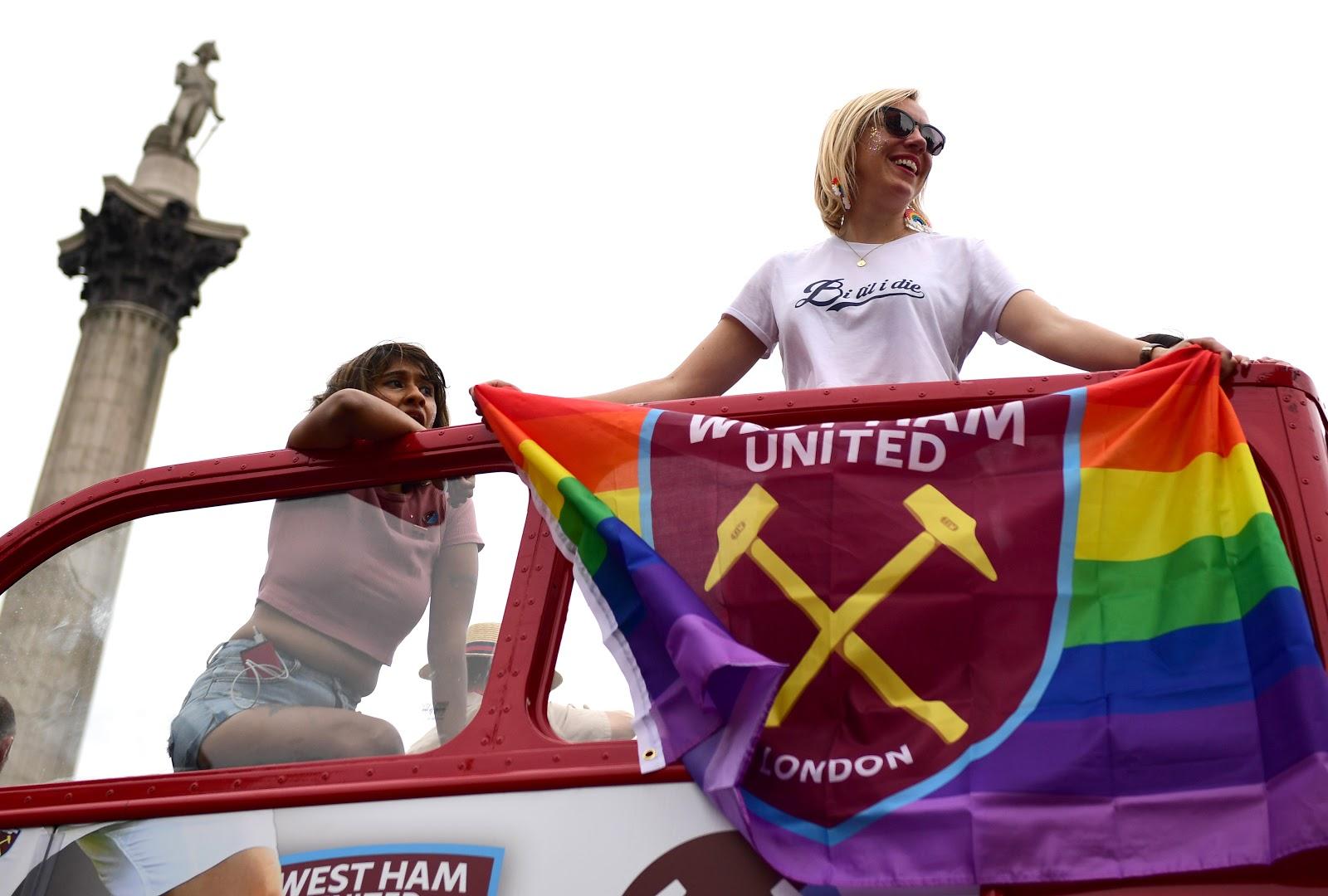 Across the world of sport LGBTQ+ support is growing. From organizations and campaigns to end homophobia in sport all the way to the latest United States Supreme Court ruling in favor of federal protections for LGBTQ+ workers. With Global Pride Day coming up on June 27th, we’re sitting down with the experts to discuss pride in global sport, the ongoing fight for LGBTQ+ rights and how we use the momentum of the moment to make gains for the community.

Ashland Johnson | Founder, Inclusion Playbook. Ashland Johnson is the founder and president of the Inclusion Playbook, a sports impact consultancy. An attorney, equity and inclusion strategist, and former Division I athlete, Ashland has over a decade of civil rights experience. Ashland recently served as the Director of Public Education & Research for the Human Rights Campaign. Prior to HRC, Ashland served as Athlete Ally's Policy Director, working with sports leaders to promote LGBTQ inclusion both on the field and under the law. She previously served as Policy Counsel for at the National Center for Lesbian Rights, where she helped develop the first national LGBTQ Sports Project. Ashland has extensive experience working with major sports leagues and associations, including the NBA, NCAA, USOC, and various national governing bodies to strengthen their social responsibility programming, policies, and platforms at the intersection of inclusion, race, gender, and the law.

Chris Mosier | American transgender advocate, triathlete and founder of www.transathlete.com. Chris Mosier is a trailblazing hall of fame triathlete, All-American duathlete, and a 6-time member of Team USA. In 2015 he became the first known transgender man to represent the United States in international competition, and was the catalyst for change for the International Olympic Committee policy on transgender athletes. He is also a 2x National Champion and the first transgender athlete to qualify for the Olympic Trials in a category different than their sex assigned at birth. Chris is known as the go-to source for policy and information on transgender people in sport.  He has mentored transgender athletes around the globe. In 2013, Chris created the site transathlete.com, a resource for students, athletes, coaches, and administrators to find information about trans inclusion in athletics at various levels of play.

Billy Bean | MLB VP & Special Assistant to the Commissioner. Billy Bean serves at MLB as Vice-President & Special Assistant to the Commissioner. As a senior advisor to Commissioner Manfred, his role focuses on baseball’s social responsibility initiatives and LGBT inclusion. Among his responsibilities, Bean works with MLB’s 30 clubs to bring awareness to all players, coaches, managers, umpires, employees, and stakeholders throughout baseball to ensure an equitable, inclusive, and supportive workplace for everyone. Billy is a member of the MLB Owner’s Diversity and Inclusion Committee, and was instrumental in the development of MLB’s ‘Shred Hate’ bullying prevention program, a ground breaking educational youth campaign and partnership with ESPN.  He is also the author of the book, “Going the Other Way.”

Rosario Coco | Project Manager, www.out-sport.eu. Rosario Coco is an LGBTI activist and project designer. He graduated in Philosophy from University of Pisa and specialized in Bioethics and Sport Management in Rome. He is interested in the topics of sport, sexual education and SOGI discrimination. On behalf of AICS (Associazione Italiana Cultura e Sport), he coordinates "Outsport", a European research and training project, and operates in the field of professional lifelong learning with Gaynet, the Italian Association of LGBTI journalists and culture operators.

Led by: Cyd Zeigler | Co-founder of Outsports.com and National Gay Football League. Cyd Zeigler is the cofounder and coeditor of Outsports.com, the world's most renowned publication dealing with LGBTQ issues in sports. One of the world's leading experts on the intersection of sexuality and sports, Zeigler has been tapped to discuss the issue by CNN, ESPN, the New York Times, Sports Illustrated, and many others. He has worked with countless athletes to tell their coming-out stories, including professional athletes Michael Sam, John Amaechi, and Ryan O'Callaghan. He is also the author of Fair Play: How LGBT Athletes Are Claiming Their Rightful Place in Sports. A graduate of Stanford University, Zeigler now lives in Los Angeles with his husband and two cats.